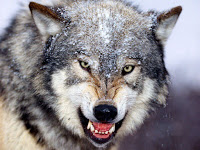 Recent circumstances, politics, news casts, and general streams of continuous blah blah blah have invaded my every waking hour. You’d think that by now, I’d be smart enough to plug my ears, turn it off, or sit down and have a quiet beer with some friends.

It’s like watching a NASCAR race and waiting for the inevitable crash. You just can’t take your eyes off the screen. You know it’s just wrong to be hoping that one of those cars will go end over end in a fiery ball of twisted metal, but dammit, that’s what you do. I mean really, if your just doing left turns for four hours straight, what else is there but to hope for the sweet kiss of death to end your own boredom.

But this is not really the point of this article. What I wanna talk about today is liars. We all grew up with the lying kid that exaggerated their greatness in some way. The truly great liars would spout stuff that you could not prove was complete bullshit. It had the ring of truthiness, but your gut told you that it really was complete bullshit. The truly great liars would also double down on their lies if caught, thinking that by sheer force of will and repetition, you too would come to doubt your own sense of the facts.

Here’s the problem with such people … once they are caught in a lie multiple times and continue to deny the lie, or laugh it off, or blame someone else … you will eventually stop believing anything that they say. Which brings me to the parable of the day from my good buddy Aesop

A shepherd boy, who watched a flock of sheep near a village, brought out the villagers three or four times by crying out, “Wolf! Wolf!”  and when his neighbors came to help him, laughed at them for their pains.
The Wolf, however, did truly come at last. The shepherd boy, now really alarmed, shouted in an agony of terror:  “Pray, do come and help me; the Wolf is killing the sheep”; but no one paid any heed to his cries, nor rendered any assistance.  The Wolf, having no cause of fear, at his leisure
lacerated or destroyed the whole flock.
There is no believing a liar, even when he speaks the truth.