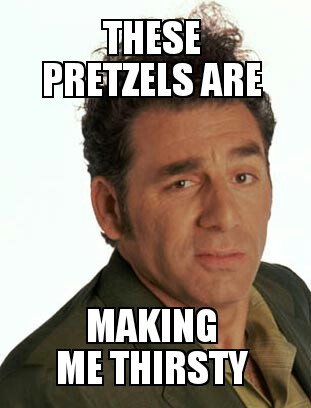 Blah blah blah, interspersed with short phrases that catch my attention. That is what it has all become. When did life turn from an excitement to rise and shine to this dull state. My mind often drifts back to the good old times of my youth when there was always some fresh adventure to engage in. Often that adventure turned out to be not quite as adventurous as it was when it first popped into our tiny little cerebellums, but the anticipation, oh the anticipation. One particular adventure comes to mind as I sit here on my comfy couch (cue the flashback soundtrack).

Pleasant Avenue wound its way from south to north out of our little town. There were houses occupied by grumpy old folks interspersed with an elementary school and rolling hills. Out behind the aforementioned crotchety old bastard houses were a creek and some huge grass and brush covered hills. It was into these hills that we decided we needed to head, so as to map out the old Chisum trail to God knows where. It was into these hills that myself and my good best buddy, Tom, would head on one bright summer day during our school vacation. We were both huge fanboys of the Lord of the Rings trilogy and would regular imagine ourselves as two wandering Hobbits in search of adventure. Many of these adventures would start out at Tom’s house on Mason Street. Heading down Mason followed by a right onto Pleasant Avenue and we were on our way.

A slight diversion is in order here. What the hell is school summer vacation all about? We hoped and prayed all year that we would live long enough to experience it. And then the minute that it started, we dreaded the day when it would end. It is strange to me that my memories are almost exclusively of summer vacation from the age of about 8 to 12. This brings to mind the question of “what is the purpose of elementary school?” Based on my experience, our time would have been much better spent somehow infusing our summer adventures with the gaining of knowledge. On the other hand, forget that I ever said that. It is apparently just the mental meanderings of a senile old bastard. Let kids be kids, as they say. There is a theory in the US that kids should not be “overstimulated”, and personally, I am grateful to the simpleton that developed that theory. Thanks for noticin’ and back to our adventure.

It was a hot and humid summer day, dead quiet, and at the absolute peak of the school summer vacation schedule. It was on days like this that even the birds stayed wherever birds go when it is hotter than a witch’s tit in a brass bra. As we headed up Pleasant, we could see the distant hills beyond Matthews Creek behind a row of old geezer houses. About a mile up the road we identified a likely back yard to slither through and up into the hills, the home of Grandpa Pavlus. A short secondary flashback scene is required here to set the context.

Mark and Gary Pavlus were two of the kids in the Crescendoe Road “Hood”. Their dad was a large and scary man, from a little kid’s point of view. Their mom was a stately woman who worked as a nurse in the local hospital. Mark was always the more testosterone loaded of the two, and in fact had a mustache by the age of 11. Gary was the more intellectual of the two. I guess that is just the way that DNA works, by compensating for some shortcoming in the populace.

Generally speaking, a kid never interacted with other kids parents unless it was to get an ass whooping. Case in point: Mark and I had a fight one day on the way home from grade school. Whilst we were engaged in fisticuffs, Mark’s mother ran up the street behind me, grabbed me by the nape of the neck and hauled me into the air. Let me tell you, nothing scares the bejesus out of a young boy like an angry mother protecting her cub.

Their grandpappy lived on Pleasant avenue and was generally friendly to neighborhood kids walking across his lawn to enter the wilderness that lay beyond Matthews Creek. I was pretty familiar with the path through the yard, as I had been through this yard a couple of times with the Pavlus boys. One of those times, I had stepped on a mud hornets nest and gotten stung about eleventy two times by mud hornets. Good old Missus Valentine had patched me up by coating the sting spots with a mixture of baking soda and water. Not sure what that was supposed to do, but the cool water sure soothed the sting.

So off we were across Peepaw Pavlus’s backyard in search of adventure. We crossed Matthew’s creek by skittering over a few random rocks that man or nature had placed conveniently as a walkway over the creek. The creek was not that wide and we could have probably done a running broad jump to cross it, but we chose the less athletic route so as not to soak our sorry asses or possibly land on a nest of mud hornets. Mud hornets is nasty sneaky creatures in that they nest in the ground, erupting like a screaming geyser of death when some unsuspecting nitwit stomps on the entry hole to their nest.

Up into the hills we climbed. These were not steep hills, more like gently rising mounds that were covered with grass and scraggly bushes. We saw all sorts of plants, animals, and even a couple of horses as we scrambled over the scrub brush. The fact that we were huge fans of Tolkienish life had no small amount of influence on our seemingly inane behavior. We’d shout various exclamations from the Lord of the Rings as we jogged through the hills. Tom Bombadil was one of our favorite minor characters in that book, so we would often invoke his name. As the sun reached its zenith and made its way towards mid afternoon, we lounged around on the hill that overlooked our hometown. We were loving life.

We had to leave and head on home in order to avoid the inevitable ass kicking that would result from being late for dinner. The strange thing is, our parents gave not a single shit where we were all day. This was back during the age of free range parenting, in which parents allowed us to run around like free range chickens as long as we did not interrupt their lives with our whining needs.

Our journey took a nasty turn at this point. Unfortunately, we had neglected one key necessity when we had headed out that morning. We had filled our little packs with Snickers bars, but had not brought any water. My most vivid memory of this trip was how unbelievably thirsty I was. This singular condition is probably the reason that this whole trip is so vivid in my memory, now almost fifty years in the past. We were both dehydrated and stumbling by the time we made it back to Tom’s house, where we guzzled down water from the hose attached to the side of his house.

All of this talk of marvelous journeying and suffering travelers brings to mind this snippet from a song by America. I do always endeavor to end with a pithy observance or a pointed  poem, so here goes.