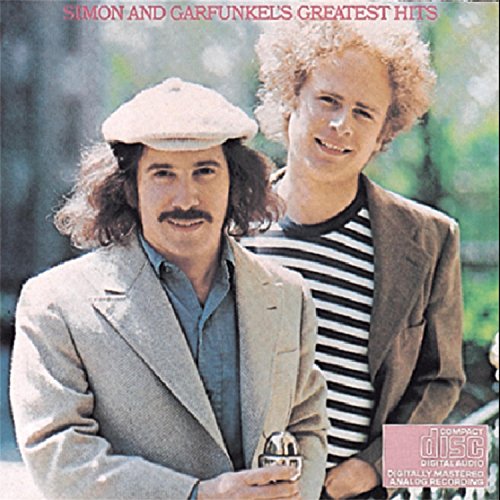 When I was in junior high school, attending that pinnacle of acedemic research, knowledge, teenage angst, and middle school Lord of the Flies-esque culture, I happened upon a most cherished cassette tape. I would load that tape into my rudimentary1970s vintage boom box and allow my mind to drift and meditate upon all things that a 14 year old boy in the midst of puberty meditates upon. That cassette was a comfort, a mystery, and a meditative dream come true.

Now I know you are all asking, “What could this tape be? Who is the artist? And who could possibly have the knowledge and wisdom required to enlighten one such as I, The TCOU?” Well lemme tell ya, it was Simon and Garfunkel’s Greatest Hits, released in 1972.

This great album covered pretty much every emotion that a young man could contain. From anarchistic swipes at da man in The Boxer to pining for an escape from the chains of life in Bridge Over Troubled Water. It covers the darkest moments of the human soul in The Sounds of Silence to pining for love in Cecelia and For Emily.

Fer-chri-sake it even covered that crush on an English teacher whose name escapes me at the moment, in Missus Robinson. There were also uplifting and happy songs which could bring a young man out of his darkest depressions in Homeward Bound and The 59th Street Bridge Song.

Probably the most personal song on that whole album was I Am a Rock. It really struck home for me, and probably most teenagers. Teenager-hood is when we finally come to the understanding that we are on our own.

A rock feels no pain and an island never cries.

I have no idea what became of that cassette. It may be that I outgrew it or replaced it with some other “medication”. I wish that I still had it, as just the sight of that little plastic box was soothing to me. I probably tossed it into a box somewhere after I discovered Led Zeppelin. In retrospect, I shoulda stuck with Simon and Garfunkel. Who knows, I might have been a happier teenager.

If we could pack that cassette into a pill, I believe it could replace psychotherapy, Paxil, and Xanax.