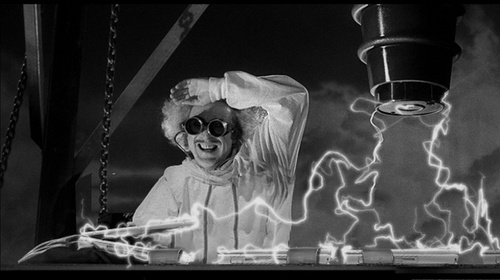 As I get older, my hair has started to do funny things. Not sure what caused this disturbance in coiffurical force, but it smacks me right in the puss each morning when I look in the mirror.

Perhaps it is a genetical malformation in my hair follicle ecosystem. Maybe it is because I do too much flipping and flopping during the night. I tend to think it is because of something I did with my hair as a yoot. I was a long haired hippy type pinko that always had their hair in a pony tail. I suspect that that somehow cause my hair follicles to misalign.

Whatever the reason, it is a mess of cowlicks and protuberances that is nearly untrainable. Ask the barber, and they have no solution other than to cut it shorter and shorter, so that the anomalies are less noticeable. I think that is why we have so many baldy shaved head guys today. They have surrendered to the winds of change.

Well I say – “To hell with that”. I am going to try now to grow my hair out a bit. But in order to not look like someone that has a Van de Graaff generator stuck up their ass, I must use “product”. What is product you ask? Well lemme tell ya … it is a mix of goopy creamy stuff that you slather on your head in order to realign your hair and to tame the beast. Back in the day they called it Brylcreem, which they apparently still make. A quick Google search reveals that.

“The first Brylcreem product was a pomade created in 1928 by County Chemicals at the Chemico Works in Bradford Street, Birmingham, England. The pomade is an emulsion of water and mineral oil stabilized with beeswax.”

Sounds delicious. The stuff I use I am sure has a lot more genetically detrimental chemicals in it than that. In any event I am on my way.

On a different note, with all the talk of spying and governments watching you through your television, I am seriously considering a tinfoil hat to block out the Orwellian fog that has become our news.

But first I need to get my hair straightened around so that the tinfoil hat sits properly onto my perfectly coifed head.