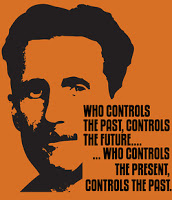 Are we all getting more stupider or is that just the impression I get from watching too much television. I look out my car window to see people driving around in their cars dumbly distracted by their iPhones. And the dumbing down of our language and vocabulary? Great God man, where have all of the beautiful adjectives gone?

It used to be that a good vocabulary was equated with success and upward mobility. Vocabulary was passed on to children who could become successful just by osmosis.
Today, not so much.  No more flowery speeches by politicians, and instead we hear discussion that is dumbed down to the fourth grade level with words like “loser”, “stupid”, “weak”, as well as the coup de grace of “stupid weak loser”.
I even found a book for the vocabularically challenged, called “The Yo Mama Vocabulary Builder”. It uses moronic insults mixed with fancy schmancy vocabulary to draw the ignorant masses into vocabularic advancement. It uses insults like “Yo mama is so diminutive, she uses Chapstick as deodorant”, so that we can make people feel like shit as well as stupid.
I leave you with a warning of one possible future side effect of reducing our vocabulary. It is a section of the book 1984 in which Winston is discussing the work of vocabulary reduction with one of his coworkers. In this world, there is no gray, only black and white, right and wrong.

‘It’s a beautiful thing, the destruction of words. Of course the great wastage is in the verbs and adjectives, but there are hundreds of nouns that can be got rid of as well. It isn’t only the synonyms; there are also the antonyms. After all, what justification is there for a word which is simply the opposite of some other word? A word contains its opposite in itself. Take “good”, for instance. If you have a word like “good”, what need is there for a word like “bad”? “Ungood” will do just as well—better, because it’s an exact opposite, which the other is not. Or again, if you want a stronger version of “good”, what sense is there in having a whole string of vague useless words like “excellent” and “splendid” and all the rest of them? “Plusgood” covers the meaning; or “doubleplusgood” if you want something stronger still. Of course we use those forms already, but in the final version of Newspeak there’ll be nothing else. In the end the whole notion of goodness and badness will be covered by only six words—in reality, only one word. Don’t you see the beauty of that, Winston? It was B.B.’ s idea originally, of course,’ he added as an afterthought.