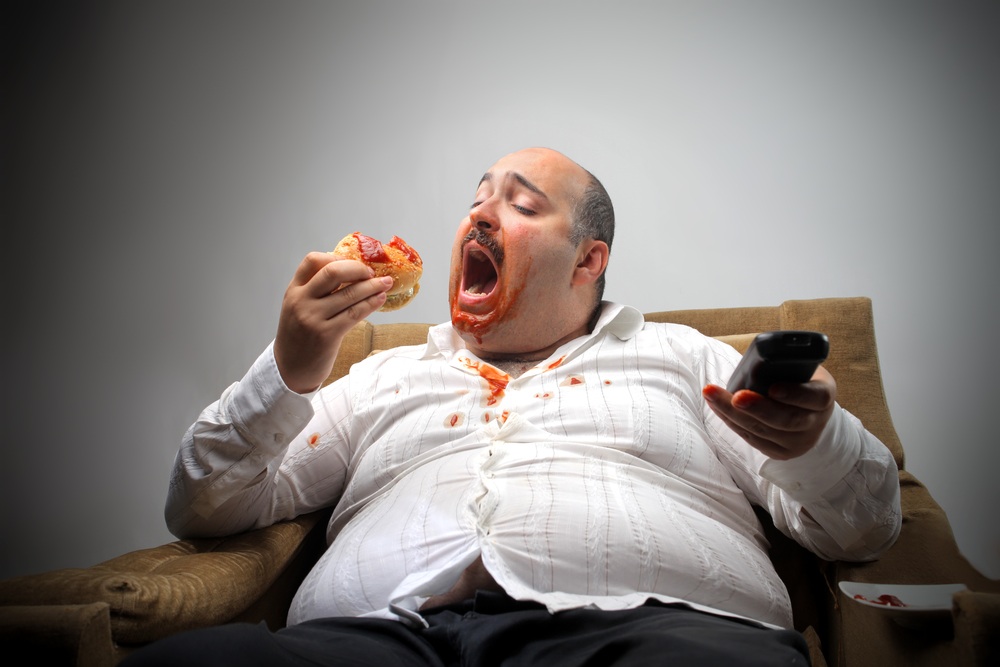 Coffee, that most wondrous and essential of drinks. The same bean is delivered to eager Americans in so many forms. Latte, espresso, cappuccino, Americano, macchiato, and a plain old cup o joe are just a few. I love coffee! It is paradoxically relaxing and loaded with a stimulant called caffeine. Just the word “coffee” makes me feel better. Top that off with a donut and you have the breakfast that every American has come to know and adore. Which brings me to what’s on my mind today; fat ass Americans.

I recently read an article about the “average man”. Someone analyzed the information from the Center for Disease Control’s database of anthropomorphic data, and constructed a description of the average man on several continents. The conclusions are not very flattering. It turns out that the average American is a 35 year old, 5 foot 9 inch tall guy weighing 195 pounds with a 39 inch waist and a Body Mass Index of 29, just one notch below the definition of obesity. On top of that we are shrinking. Sixty years ago, Americans were the tallest in the world. Now we are three inches shorter than the average Dutch man, who clocks in at 6 feet. In fact, several years ago, the Dutch were compelled to increase the building code standards for door frames. Anthropologists are suggesting that the average Dutch man could be 6 feet 3 inches tall within the next 50 years. Looking at a couple of other countries is even more disturbing. France and Japan were also part of the analysis and came in with a relatively svelte Body Mass Index in the mid to low 20s.

This has all been tied to lifestyle and diet as we turned from chopping down the wilderness to create this great nation, to a bunch of fat asses sitting on our recliners, drinking coffee and eating donuts. I used to think that plain donuts were the diet version of a donuts, so I could pretty much eat as many of them as I wanted. I wuz wrong. The entire donut cornucopia that is the Dunkin Donuts menu weighs in at around 350 calories per donut and has the same effect upon my otherwise girlish figure.

So what are the conclusions that came be drawn from this discussion? So what if we are a bunch of fat bastards? Maybe that is just us enjoying the fruits of our labors, taking a well deserved victory lap around the planet.

Somehow I don’t think that is the way the rest of humanity sees us. Shrinking vertically and expanding horizontally is a great analog to the way that America is perceived. As we stick our noses in everyone else’s business, either with endless foreign interventions, or economic and political demands, our stature in the world is ever diminishing while countries like Germany and  China move into the driver’s seat. Maybe that is just the way it has to be, as one moral compass blows a fuse, some other moral compass rises to fill the gap.

Enough of this ranting diatribe, my coffee is getting cold. I leave you with a song.