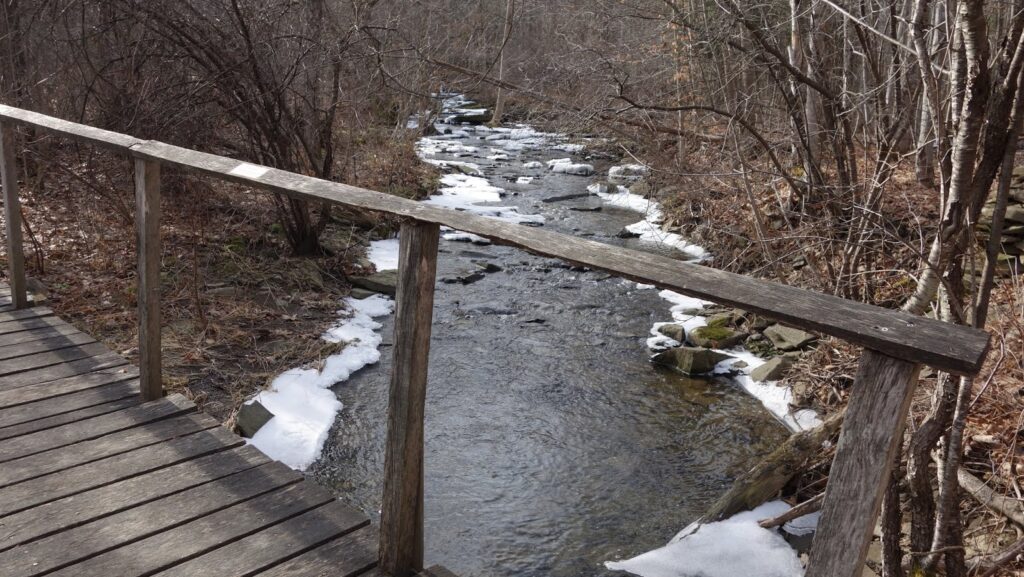 Today, I got lost in the woods. I am not talking in metaphors here, I am talking about an honest to goodness fucking lost without knowing where I was and not sure if I would survive, lost in the goddamn woods.

It all started out so idyllically with a wander down a trail in the Wolf Creek Preserve, hoping to catch some nice pics with my brandy new slightly used Sony RX100 camera. I figured, how the hell could I get lost on a marked trail through a relatively confined preserve of forests and waterfalls? So I headed out with no compass, no light, no matches, and no map. All I had was a sweatshirt, a Carhartt hat, a pair of gloves, and my trusty camera. The trail markers were strangely white, then yellow, occasionally blue, sometimes red, and sometimes nonexistent. Nevertheless, I persisted.

At one point, I crossed a road into another section of the trail and figured, hey, I can always hear the cars and just walk towards them. So I followed the random markers deeper and deeper into the wilderness until I came to what I can only assume was Wolf Creek. There were a bunch of beautiful waterfalls, bridges and streams, that allowed me to exercise my new camera in a most exuberant manor.

It all went to shit when I started following the creek to get some up close and personal shots of the waterfalls. After I finished that little side trip, I sorta lost track of which randomly colored trail marker that I was following. I decided that white was the preferred color and followed that for about an hour, until I realized that I was just walking in circles. The walking in circles thing dawned on me when I passed a picnic table for the third time. It was at this point that I realized that the sun was going down. The thought that came to mind was “Holy shit I am going to die curled up in a frozen ball next to a mossy log!” 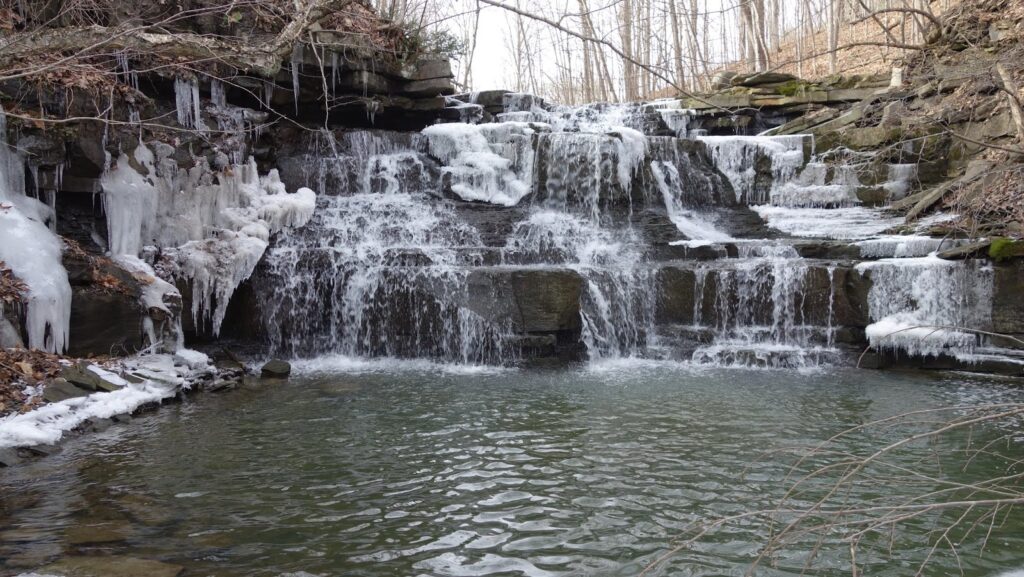 Now in upstate New York in January, the sun sets at about 4:30 in the afternoon. Upstate New York kinda sucks for winter unless you are a skier or a masochist. It is all pretty gray, dull, snowy, cold, and muddy. I started to panic. So with aching knees and frosty nipples, I started jogging down the trail. It was only then that I realized I was exercising the definition of insanity by repeating the same behavior and expecting a different result.

Finally I saw a different trail marker and decided to follow it instead of mindlessly following the infinite white marker loop. This broke the Twilight Zone-esque cycle and allowed me to ultimately end up at the trail head, collapsing at my car just as the sun was setting.

So what did I learn from all this? Pretty much not a fucking thing other than maybe next time I’ll bring along a box of matches and a cell phone. And maybe a space blanket. And maybe somebody else that I could kill and eat if I had to.