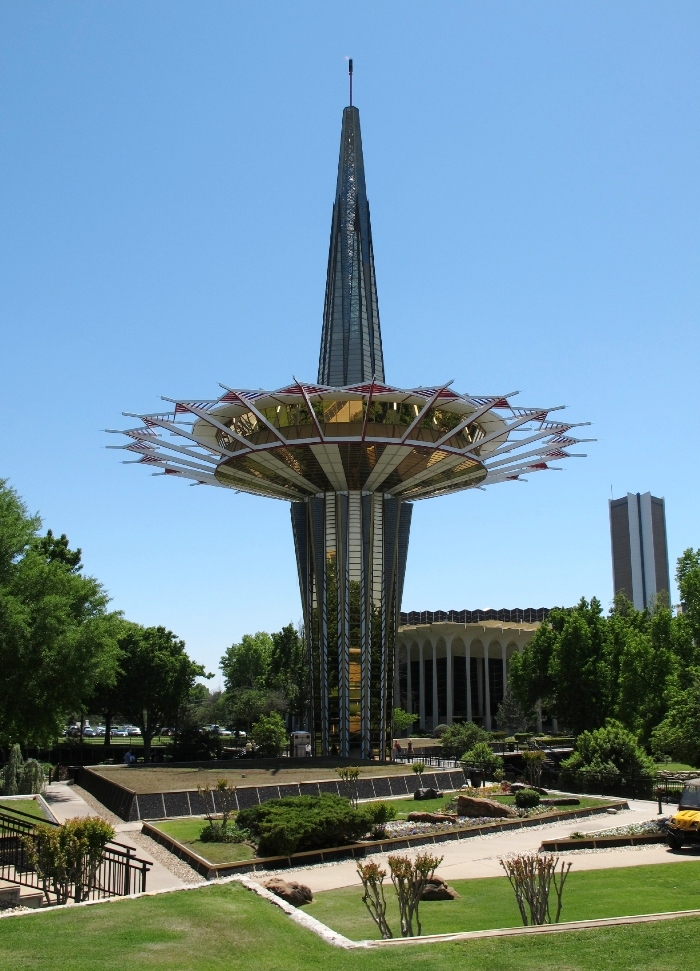 My mind drifts back to a time just before I graduated from high school when my gramma was still alive. Gramma Roxana was a devoted church goer that regularly attended the local Methodist church over on State Street in my home town. In fact at one time, when I was a wee lad, she regularly took us to the Sunday School there as well as the occasional sermon. My brother and I were even enlisted into what I can only describe as a Choir Boys Crack Drill Team (CBCDT). My sole memory of my time in the CBCDT is in donning a purplish gown and walking down the aisle singing Onward Christian Soldiers at the top of our lungs. Those were the days (I think).

In later years, my gramma was kinda home bound and took to spending a majority of her “religious time” watching the Oral Roberts Abundant Life program on the television box. Her desk was also inundated with correspondence to and from said ministry, mostly sending them her nickels and dimes in hopes of receiving the healing power of Oral’s ministry. I don’t think it worked because she never did end up leaving home and eventually passed from a heart condition.

In the mid seventies, Oral’s ministry was apparently hurting for money, so he would regularly appear on TV to beg, plead, and cry for money to be sent to PO Box 12345 so that he could continue his ministry. Well, apparently my gramma’s nickels and dimes just weren’t enough, so Oral climbed into his “prayer tower” and locked himself in until he got the needed cash. He begged and pleaded and claimed that God would “take him home” if he did not receive the desired cash infusion to support whatever it was that needed supporting. I do not remember the outcome or if Oral survived, or if Oral got the money he requested, or if Oral is even alive today.

A quick Google reveals that he died in 2009, so apparently he survived the “Tower of Terror”.

Now one might ask, “Why is my mind drifting back to this, seemingly unrelated to any semblance of reality, scene?”. Well lemme tell ya.

There is an event that is happening as of this writing that reminds me of that fateful month in the mid 70’s. A certain president has apparently locked himself naked and alone in the White House and is waiting for either God or the democratic congress to deliver the money for a much needed barrier at the southern border of the United States.

I have no idea if the barrier is needed or if the president will survive his “Tower of Terror”, but it sure makes for good television. Too bad that millions of Americans need to suffer so that some group can claim triumphantly that “We Won!!!”.

Me? I’m sick of winning.