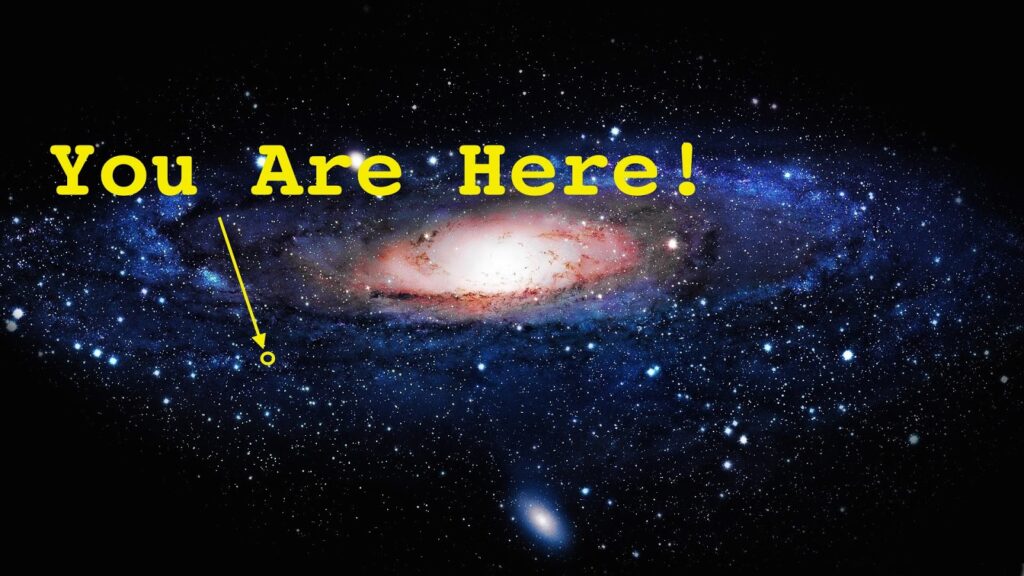 According to astronomers there are 2 trillion galaxies in the observable universe. Of course that number is just a guesstimate, since “observable” is defined by an itsy bitsy teensy weensy yellow polka dot telescope that is careening through space above us at 4.72 miles per second.

Multiplying that by the number of stars in the “average galaxy” –  100 million – gives us 2 followed by 20 zeroes number of stars. But wait, there’s more!! That is just the observable universe and we can only see the light that has reached us. Others estimate that the number of galaxies is more like 10 trillion, give or take a few trillion.

It also turns out that the “average number of stars in a galaxy” is exactly that, an average. Some galaxies have a trillion stars and some have just a few stars.

On to talkin bout planets. Estimates are that there are about 100 billion habitable planets in our galaxy alone. Astronomers are finding more every day as the technology gets better. So the number of habitable planets in the galaxy is … you do the math, as my slide rule ain’t long enough. Let’s just call it “a shit load” of potential alien cultures in our galaxy alone, all fighting for dominance of their worlds.

On top of all of this, we have been spinning on this tiny orb for but a brief nanosecond relative to the age of this universe. I mean really, if we are seeing light now from stars that are billions of light years away, one must conclude that the age of our universe is at least billions of years, since light travels at a constant velocity of, well, a light year per year.

I said all that to say this … you and I are insignificant microscopic bacteria relative to the vast petrie dish of activity that is our universe. The great economic, military, and political powers of our world will exist for a blip of time and be forgotten and washed away by the passage of time and space.

I end this all with a point and a poem

The blowhards of today and the legacies that they vainly build will soon enough be worm food, buried beneath the star dust that pours forth from the universe.

You are a child of the universe,
no less than the trees and the stars;
you have a right to be here.
And whether or not it is clear to you,
no doubt the universe is unfolding as it should.