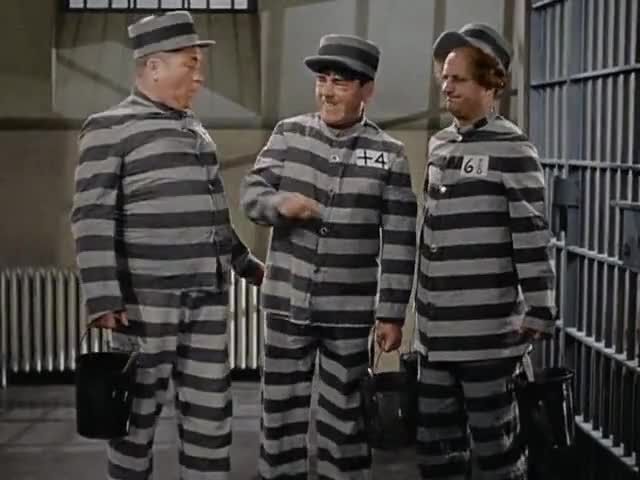 One of the fears we all have, regardless of age, sex, or religion, is prison. We”re all told from birth that prison is a really really dark and dangerous place. This is all reinforced by the endless list of prison dramas where young men are “shivved” because they reached over the plate of a fellow inmate. Even worse, becoming someone’s “bitch”
is the ultimate threat. No, no, no, you do not want to end up in the “federal pound me in the ass prison”.

Now why would an old white guy who has never been to jail, let alone federal pound me in the ass prison, want to discuss this in a blog post? I dunno, it just seems to be ever present in the political discussion with the endless cast of questionable characters passing through the current administration.  I sorta feel that it would be poetic justice that the politicians that always seem to metaphorically pound us poor bastards in the ass would be threatened with the same treatment but in a much more personal way. I am pretty sure that they all have the same fear as I. It is innately injected into our psyche by prison movies and TV dramas. Names like Alatraz and Rikers Island conjure up visions of shivs, prison riots, and shower sex. Maybe it is just my eternal belief in karmic justice for bad behavior.

It could be that karmic justice is the main driver for all the religions of the world. We all wanna believe that the asshole that stole our lunch money in high school will get it in the end.

This brings me to Newton’s Third Law – for every action, there is an equal and opposite reaction. I realize that Mister Newton was talking about the real world, forces, mass, yada yada yada, but I believe that the law applies to life in general as well. Lemme give ya some examples.

You have a stomach ache – what did you eat last night?
You have lung cancer – how long have you smoked?
You crashed your car – were you drinking or maybe talking on a cell phone?
You’re in prison – what crime did you commit?

I know, I know, everyone in prison is innocent. Unfortunately, the list of people that believe that is generally limited to your mother and the ACLU. The rest of us see it as karmic justice for evil deeds or a cosmic example of Newton’s Third Law.

But what about the dude that always seems to get away with shit? He or she lies, steals, and cheats but always comes out smelling like a rose. I guess that’s where the religion thing comes in.

Maybe there are showers in Hell.