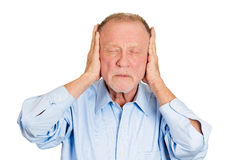 I have suddenly realized that there are an increasing number of old man noises that seem to be emanating from my aging body. Certain people in my direct orbit have made me painfully aware of this phenomena. Initially, I sloughed the whole concept off as utter folderol. Recent events, however,  have bitch slapped me into realizing that the world is just full of old man noises.

The YMCA men’s shower is the central clearing house for old man noises. Being retired, I tend to head over there in the late morning, which as it turns out, is the time at which every other old bastard heads over there for a workout, a shave, a sauna, a whirlpool, and a shower. The tiled shower room is like an old man noise amplifier, in that ever grunt, groan, and fart is amplified to coliseum volumes. Exacerbating the problem is the fact that at least half of the old men at the Y are on respirators, walkers, colostomy bags, and oxygen tanks. The rest are so inflexible that any attempt to bend over, sit down, or stand up causes a gasp of pain. All of these noises are a symphonic cacophony that reverberate off of the tiled walls of the men’s shower.

There is also a strange phenomena that occurs with old men. That phenomena is the repetition of behaviors, phrases, and noises that are designed to drive everyone in their direct orbit completely insane. All of that annoying shit that your parents laid on you when you were a kid? It turns out that it is hereditary.

There is a short, rotund, Italian fellow covered with tattoos who has an unbelievably annoying habit of making a loud girlish squealing sound whenever he sees someone that he even vaguely recognizes. Why does he do this? No one has the balls to ask him. I am pretty sure he has been doing this his entire life and probably inherited the behavior either from his parents or some drunken aunt that was equally annoying.

While I am on the subject of the YMCA, I must briefly touch on the petri dish which they call the whirlpool spa. The body fluids that flow through that thing, I am sure, would scare even the toughest resident at the local nursing home. In an attempt to minimize the chances of a lawsuit, the staff at the spa pour increasing amounts of chemicals into the pool, resulting in a nice soak in the boiling bubbling vat of Clorox. This almost certainly assures that only the most virulent strains of ebola can survive in the pool.

Why the hell do I go to a place that disgusts me so? I don’t have an answer other than – what don’t kill you makes you stronger. I’m thinking that in a couple of years I’ll be ready to compete on American Ninja Warrior or maybe on Ultimate Fighter.