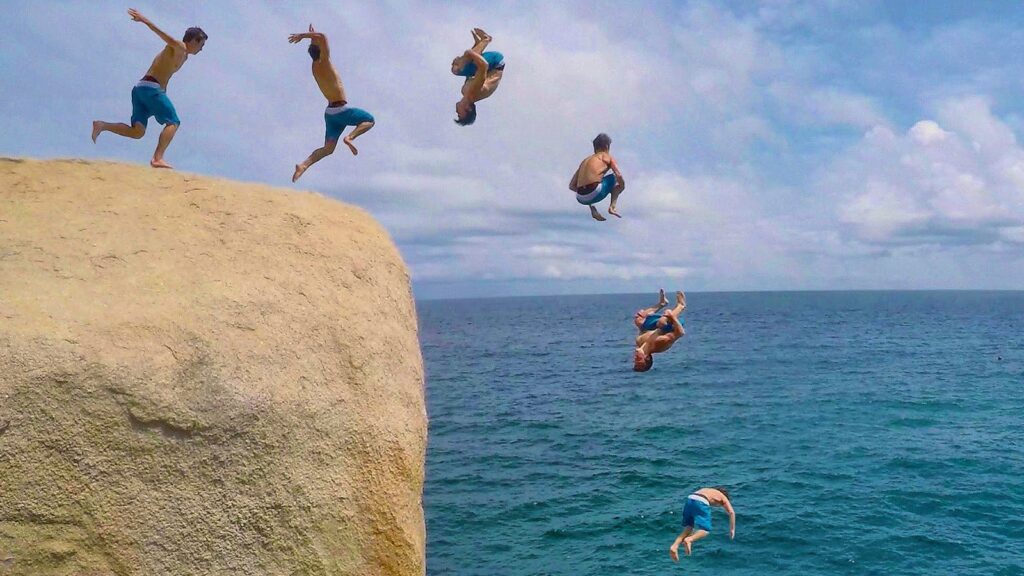 Ya gotta jump down, turn around, and pick a bale of weed.

You know, when you are little, immortality is an assumed state. Such is the case with the creator as a young boy. We used to climb up to the very peak of the garage roof, and leap into the snow bank some 20 feet below.

The universe as you know it could have terminated on the spot, had there been a hidden picket fence or piece of busted up lawn furniture beneath the snow.

Later in life things didn’t change much either. Well one thing did change, we added the half pike with a twist to the jump. Sometimes, in a frenzy of one-up-man-ship, we would try a flip or two and try to land so as not to snap our frail spinal column.

Usually, I like to end these blogs with some pithy comment or societal analysis. There is really none that comes to mind other than