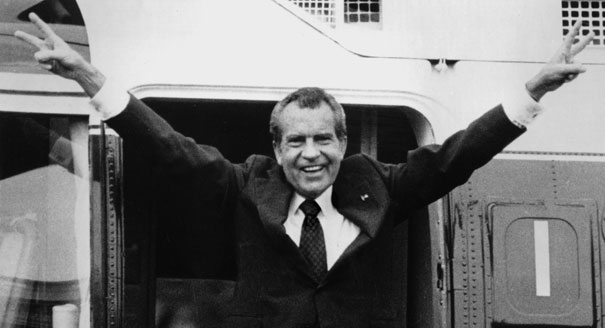 I am not a crook or a trouble maker for that matter. Some event occurred in second grade to which the details are not entirely clear. It may have been note passing, note reading, booger picking, booger sticking, or any number of offenses punishable by having your pee pee whacked. The end result was a sentence of detention after school.

Now this was my first (and possibly only) detention that I was to have during my entire school career. I remember blubbering, whining, crying, and whimpering my way into the classroom as the rest of my school mates went home. There were three of us there, Mrs. Hall, myself, and Dick (the Dickster) Travis. Mrs. Hall was a tall stately woman with graying hair. Her commanding presence by itself was enough to make grown men fall to their knees and beg forgiveness. And then there was the Dickster. He basically had a revolving detention account from which he drew on a daily basis. Each day, Dick would do some inane thing that ultimately resulted in the position he now found himself in. My suspicion is that Dick was one of those trailer trash kids that regularly took a “beatin’ from his Paw”.

The strange thing was, Dick had a great deal of compassion for his fellow man. Here was I crying and carrying on. Here was Dick, comforting me and saying stuff like “things ain’t that bad” and “we’ll get through this together”. Somehow I survived my single bout of detention with the help of Dickster. I don’t remember much of Dick after that. In fact I don’t remember particularly seeing him again, even though we all went to the same schools. Dick may have been held back once twice, or a dozen times. Hell, Dick may have never made it past second grade for all I know. He may still be there.

It wasn’t until recently that the Dickster popped back up on the periscope. It was a much more grandiose appearance than before. Watching television one night, onto the screen pops the face of an aging Dickster. It seems that they had found an old woman chopped up and placed in a Rubber Maid garbage can. Apparently, the poor old mother in law of Dick had keeled over leaving a void in his trailer trash existence. In an attempt to keep the Social Security checks flowing, Dick had taken it upon himself to give the woman a proper burial. Seems he just needed to burp the container once a week to keep the contents fresh.