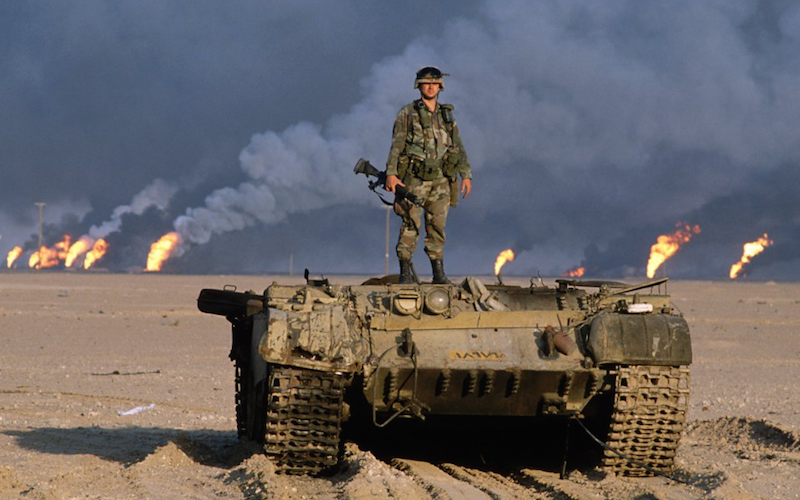 Today, as I was listening to that bastion of liberal thought (NPR), it occurred to me that the decline of civilization can be linked to a single series of events. Possibly, it could be just one event, perpetuated by one man, that caused the cascade to commence.

The man is Wolf Blitzer. On my wildest drinking binge, I could not have made up
a better name for the author of global decline.

Blitzer was born in Augsburg Germany, the son of Cesia Blitzer, a homemaker, and David Blitzer, a home builder. His parents were Jewish refugees from the German concentration camp at Auschwitz in Nazi-occupied Poland. Wolf has had a long and distinguished journalism career, culminating as the chief correspondent for CNN. He is most well known (at least by me) as the primary talking head for CNN during the first Persian Gulf war in 1991.

My mind drifts back to the night that bombs were raining down on Baghdad. There he was in all his manly manliness, giving us a blow by blow description of the destruction. The fact that he was doing this is nothing new. Mankind has been receiving news updates since, well, since forever. No, the key point that made this the beginning of the end, is that it was completely live and continuous 24 x 7 x however many days it took us to kick Saddam’s ass. To my knowledge, this was totally unprecedented and continues to this very day.

Now, you ask, why was this the beginning of the end? WAKE UP UH-MUR-UH-CUH!! Every damn piece of information from Arnold’s underwear size to Oprah’s pit spray brand is in your face at all times. It all started on that fateful day when Blitzer (damn his rotten heart) got the ball rolling. Is Wolf the anti-Christ? Is he Satan hisself? I dunno. He certainly is, at the very least, one of Satan’s minions. How else could he be awake and reporting continuously for seven months while we were bombing the shit out of Iraq?

I believe that all of the current woes of the world stem from this single cataclysmic event and the resulting 24×7 news cycle that has been foisted upon humanity as a result. Do you read the paper anymore? I certainly don’t. Do you even read anymore? Do you ever get off your fat lazy ass to do anything other than watch Fox News, CNN, CNBC, Headline News, Al Jazeera, or those sexy weather ladies on Spanish TV? Unfortunately, there is no way to reverse the trend.

If somebody busted a cap in Blitzer’s noggin, would it have occurred anyways? Probably so. I just feel better being able to pin worldwide decline on one cause. It just feels good.

And that’s the truth.