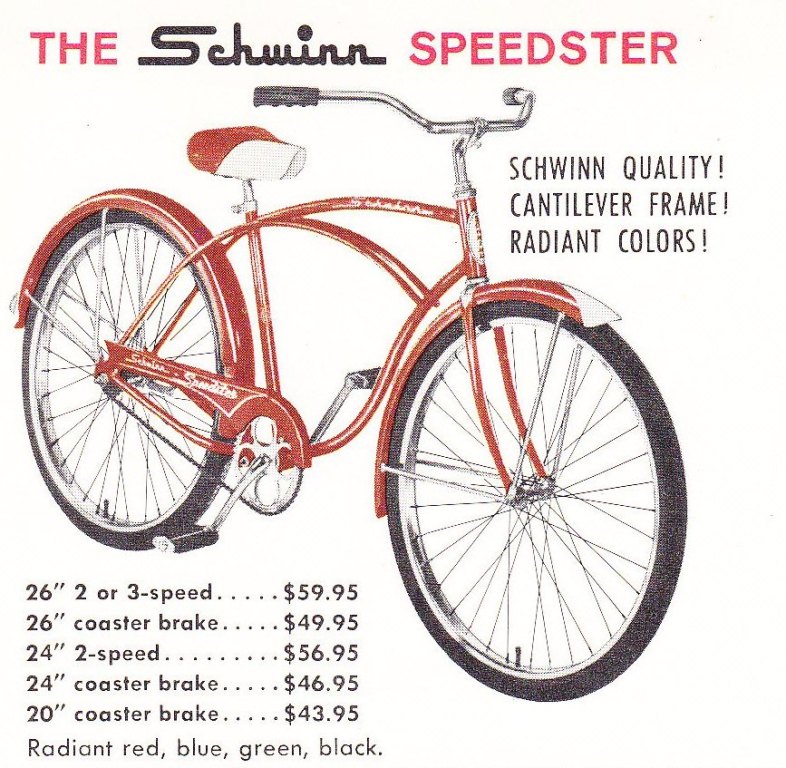 Now I am not saying that my brother is in any way physically flimsy, so let’s get that straight right up front. It is just that, when you are a kid, a couple of years difference is huge. Not so much as you get older, more on that later.


So there was this time, when I decided that my little bro needed to learn how to ride a two wheeler. Way back then, my parents (and maybe yours) did not give a monkeys wiener about where we were or what we were doing. We coulda probably not even come home and they would have gone right on living their self absorbed lives, until the police showed up and asked why we weren’t in school, but I digress.

Back to our story – Rolling out my now defunct 20 inch Schwinn single speed, I proceeded to strap him into the seat and send him sailing down the driveway. Our driveway was about 12 feet long and had a slope of about forty seven degrees, so the initial launch speed was just about equivalent to that of an F16 fighter off the deck of the USS Ronald Reagan. To my utter amazement, he was off and sailing down the road like PeeWee Herman with a rocket in his ass. I cannot say that I remember if he ever came back or ever stopped, although I did run into him recently at a family gathering. I am not sure what this all proves or says bout growing up, except that sometimes we don’t know what we are capable of until faced with death and/or dismemberment.